A Keto diet is considered good for reducing weight. Its purpose is to take the body into ketosis that forces your body to burn fat instead of carbs.

In a keto diet, you usually consume 50 gm or less of carbs per day, and not safe to follow for a long time. 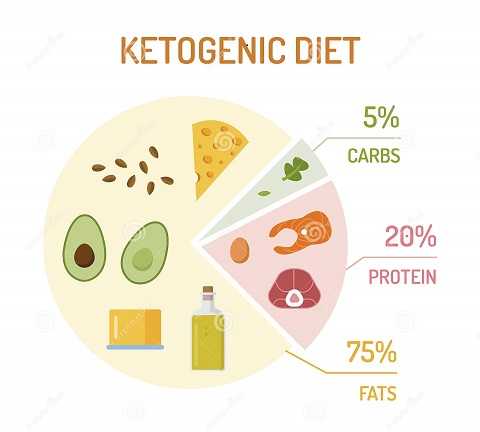 Many people make some mistakes while following a keto diet, due to which they are unable to lose weight. Their biggest mistake is that they start consuming indirect sources of carbs.

Carbs are high in fruits. Therefore, it is advisable not to consume them in the ketogenic / keto diet. Maybe you know that in keto or ketogenic diet.

These fruits are consumed in a ketogenic diet. Just need to know their macro, carbs, and fat are in them.

If you are following a keto diet to reduce fat and want to add fruits to the diet, then eat such fruits in which the lovely carb is in less quantity.

That’s why we are telling you about such fruits which can be consumed while following the keto diet.

Most people like avocado. Everyone wants to eat creamy fruit. If you are on a keto diet then you can consume it.

One cup of avocado contains about 12 grams of fat and 2.6 grams of pure carbs. Also contains only 138 calories.

One serving contains about 6.4 grams of dietary fiber, 404 milligrams of potassium, and 2.8 grams of sugar. Eat it with a salad for keto-friendly snacks or lunch or as an evening snack.

You can eat it in any way and add it to the diet, so it’s necessary for the keto meal plan.

Some people like to eat tomatoes in salads. But tomato is also a fruit. But due to its nutrition, it is also counted in the vegetable. It is low in fat and carbs. Hence it is keto-friendly.

Half a cup of tomatoes has 2.4 net carbs, 2.4 grams of sugar, and just 16 calories. It helps in preventing heart disease.

Half a cup of cantaloupe/cantaloupe has only 5.8 grams of net carbs and 6.3 grams of sugar. It provides vitamins and nutrients like potassium 214 mg, vitamin C 29.4 mg, vitamin A 2,706 IU.

Strawberry is a delicious, sweet, and filling fruit. It is used in the keto diet. A half-cup serving of sliced ​​strawberries has about 4.7 grams of net carbs, 4.1 grams of sugar, 48.8 milligrams of vitamin C, 127 milligrams of potassium, 20 micrograms of folate, and 27 calories.

It can also be eaten raw or with salad. According to a study published in February 2010 in the Journal of Medicine Food, strawberries have antioxidant and anti-inflammatory properties.

Watermelon is mainly a summer fruit. But in some places, it is also found without season. It can be eaten in large quantities during the keto diet. Its half-cup serving contains 5.4 grams of net carbs and only 23 calories, 4.7 grams of sugar.

This juicy fruit also provides 432 IU of vitamin A, which is 8.6 percent of the daily requirement.

Raspberries are delicious to eat. A half-cup serving of raw raspberries contains 3.3 grams of net carbs, 4 grams of fiber, 2.7 grams of sugar, 16 milligrams of vitamin C.

According to an article published in March 2010 in Nutrition Review, their consumption reduces the risk of heart disease.

Lemon is compatible with the keto diet, so you can consume it. If you want, you can take it in the form of Shikanji or add it to any dish.

A lemon contains about 0.5 grams of net carbs, 0.2 grams of sugar, 3.7 milligrams of vitamin C. The antioxidants found in lemon water fight free radicals and help to maintain healthy digestion.

You must have understood that’s  ” 5 fruits in ketosis diet plan for vegetarian” can be consumed in the keto diet. For more information, you can contact a dietician who will give you better advice.

Note: Keto diet can be dangerous for some people. Therefore people with type 1 diabetes, type 2 diabetes who are on medication, people with heart disease (people who are at risk for heart disease), kidney disease should follow this diet. Avoid following