5 things to know about monkey pox

5 things to know about monkey pox

On May 19, the Directorate General of Health announced the first suspected case of monkeypox on French territory. Britain, Spain, Portugal, Canada, and the United States have found several cases. 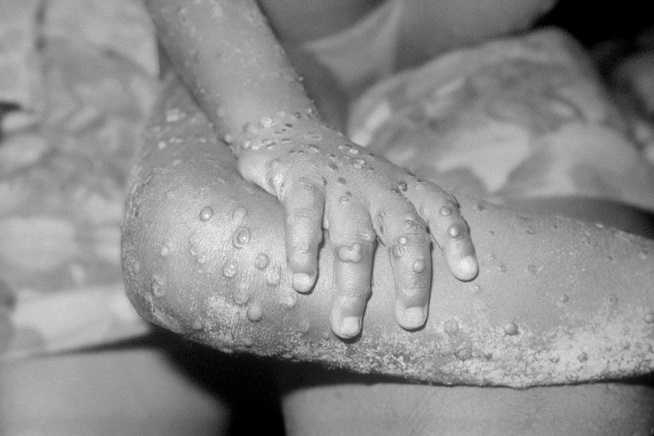 Where does monkeypox come from?

Simian orthopoxvirus – another name for monkeypox – is a rare viral zoonosis (a virus transmitted to humans by animals) whose symptoms resemble (but are less severe) those of smallpox.
It was found in 1970 in a 9-year-old boy in Congo (DRC). and a majority of cases were reported in West Africa, and it is considered endemic.

The incubation period (interval between infection and onset of symptoms) is usually 6 to 16 days but can range from 5 to 21 days.

The infection can be divided into 2 periods:

The complete disappearance of the latter can take up to three weeks. The number of lesions varies from a few to several thousand, affecting the oral mucosa (in 70% of cases), the genitals (30%), and the conjunctivae (eyelids) (20%), as well as the cornea (eyeball ).

Some patients have severe lymphadenopathy (swollen lymph nodes) before the rash appears, which is a hallmark of monkeypox compared to other comparable diseases.

Monkeypox usually heals on its own and symptoms last 14 to 21 days. Severe cases occur more frequently in children and are related to the extent of exposure to the virus, the patient’s medical condition, and the severity of complications.

Those living in or near forested areas may have indirect or low-level exposure to infected animals, possibly resulting in subclinical (asymptomatic) infections.

According to the epidemics, the lethality rate could vary enormously but it remained below 10% in all the documented cases, mainly in young children. It seems that in general, younger people are more susceptible to this disease.

Differential clinical diagnoses to consider are other rash diseases, such as smallpox, (even if eradicated) chickenpox, measles, bacterial skin infections, scabies, syphilis, and drug allergies. Lymphadenopathy at the prodromal stage may be a clinical sign that can distinguish monkeypox from smallpox.

A definitive diagnosis can only be made in the laboratory by identifying the virus through several tests that must be done in specialized laboratories. In the case of suspected monkeypox, health workers should collect the appropriate samples (see below) and send them to a laboratory with sufficient resources, taking the necessary precautions.

The best specimens for diagnosis are from lesions, swab exudates, or crusts from lesions stored in a dry, sterile tube (no transport medium for viruses) and kept cold. Blood and serum are used, but the results are often inconclusive due to the short duration of viremia and the timing of sample collection. it is essential to provide patient information with the samples:

There are no specific treatments or vaccines for monkeypox Smallpox vaccination has been proven to be 85% effective in preventing monkeypox, but the vaccine is no longer available to the general public after its manufacture following the global eradication of the disease.

Nevertheless, a history of smallpox vaccination probably leads to a milder course of the disease.

The natural host of the monkeypox virus

Doubts remain as to the natural history of the virus, and new studies will be needed to determine precisely its reservoir and how it persists in nature.

It is in the United States of America.

The virus is transmitted from African animals to several non-African susceptible species (such as prairie dogs) with which they have cohabited.

Reduction of the infectious risk for humans

Public health messages should focus on the following risks:

HCWs caring for patients with suspected or confirmed monkeypox virus disease, or handling specimens from such patients, should apply standard infection control precautions.

Health workers and caregivers of patients with monkeypox or exposed to monkeypox or their specimens should consider getting vaccinated against smallpox through their national health authorities. Older smallpox vaccines should not be given to immunocompromised individuals.

Specimens taken from people or animals suspected of having monkeypox should be handled by trained personnel working inadequately equipped laboratories. Samples shipped must be placed in packaging that ensures safe transport by respecting the directives on infectious substances.

Preventing the Spread of Monkeypox by Restricting Animal Trade

Restricting or prohibiting the transport of small mammals and African monkeys could be effective in slowing the spread of the virus out of Africa.

It is best to isolate potentially infected animals from others and quarantine them immediately. Any animal that may have been in contact with an infected animal should be quarantined, handled with the usual precautions, and kept under observation for 30 days to see if symptoms of monkeypox appear.