Ever wondered what saves you from fatal diseases, pathogen attacks, and allergies well into your immune system?

Catching a cold often or being more prone to infections can be exhausting. It not only hampers your quality of life but can seriously affect your overall health.

If infections refuse to leave your side and keep returning now and then it’s time to act and boost your immunity.

No part of your body is immune from the immune system’s surveillance you might think there are a lot of areas for COVID It must require enormous resources through the white blood cells, and guess what?

It already ensures a large production of those. WBCs are produced from stem cells in the bone marrow and blood and lymph tissue.

After briefing and rigorous training, they finally embark on their mission to patrol the body, discover disruptions and eliminate the menacing causing agent.

There are five types of white blood cells present in the body each with a different target.

These cells work in the adaptive immunity department consider this you had measles, and you recovered.

Your immune system creates a memory of this response and if it faces the same pathogen in the future.

It’ll be able to retaliate better monocytes another set of early responders who are daunted with the task of antigen presentation which means boosting the immune response by showing antigens on its surface to the other immune cells.

Lastly, basil fills and eosinophils launch a full-scale attack against pathogens and are crucial for the defense mechanism and prevention of allergies.

If you want to put up a tough fight against pathogens and skip the flu and infections this is your cue to rush to your nearest grocery store and make some healthy food choices.

While no particular food can singlehandedly be credited to improving immune function its potential positive effects can still foods that boost immunity system by increasing white blood cell production and fighting inflammation.

Citrus fruits like oranges, tangerines, lemons, grapefruits, and limes are a rich source of vitamin C which makes them the perfect choice for foods that boost immunity system.

How? Vitamin C is a potent antioxidant that supports various cellular functions of both innate and adaptive immune systems. We already know how adaptive systems work.

What about the innate immune system?

It’s the first line of defense, and it involves setting up barricades to prevent harmful substances from entering your body.

Did you know your body has vast epithelial surfaces, especially in the form of airways that provide extensive exposure to a variety of microorganisms?

For years of evolution, pathogens have also evolved new ways to survive inside the host’s body, making it difficult for your immune system to tackle the invaders.

However, an immunity booster like vitamin C comes to the rescue. Vitamin C and citrus fruits AIDS in the epithelial barrier against these pathogens.

It also promotes free radical scavenging activity of the skin, which protects you against environmental oxidative stress.

It also accumulates and triggers white blood cells to get into action mode and activate their microbial killing functions.

For an average adult, foods with a good source of vitamin C, supplementation can help prevent and treat respiratory infections, which explains why most people are insane about consuming it during colds and flu.

As a popular medicinal plant in many different parts of the world, garlic has a reputation for keeping diseases at bay.

That foods that boost immunity system by fighting infection-causing germs in Chinese and Indian traditional cultures, it’s been known to treat parasitic infestations.

Studies have shown that a high concentration of a sulfur ridge compound called allicin and garlic is responsible for its antimicrobial effects.

A large number of studies have established its therapeutic and preventative roles.

It also shows antitumor effects as it scavenges free radicals and reduces the oxidative stress associated with cancer.

Causation, the protein-rich component of garlic, is responsible for stimulating the white blood cells in your body to act right quickly and enhance your cellular responses, thus boosting your immune reactions.

It even increases WBC production, further increasing numbers and strengthening your army of healthy immune cells that can easily deal with pathogenic infestations.

It also regulates cytokine production, a protein responsible for inflammation, which justifies its therapeutic roles in inflammation-related disorders such as IBD or inflammatory bowel disease.

So try adding garlic to your dishes and along with savoring its medicinal benefits.

It’s time to talk green tea. Here’s some happy news for all you green tea lovers.

That foods that boost immunity system and prevents infections enriched with flavonoids and polyphenols, which make up 30% of its dry weight.

Green tea helps fight degenerative diseases and sort out other health issues, such as weight management.

It’s a powerful immunity-boosting tool rich in compounds known as ketone, which are good at warding off influenza viruses.

Studies have shown that ketone, called ECGC, is responsible for immunological modulation, which makes green tea quite effective against microbial attacks.

It helps prevent oxidative stress and thus has anticancer effects.

It also contains a vital amino acid called L-theanine, which improves the production of fighting units of your immune system, aka wide blood cells.

So go ahead, make yourself a brewing cup of green tea and enjoy enhanced immunity.

Another way to boost immunity is by starting to eat nuts. What’s better than ready-to-eat foods that boost immunity system which handily requires you to spare extra time?

All you have to do is grab some cashews, pistachios, hazelnuts, peanuts, almonds, and walnuts and enjoy them on the go.

Nuts and seeds are nutrient-dense and power-packed sources of omega three fatty acids and vitamin E, which are known to boost your immune system.

Studies show that foods rich in vitamin E exhibit exceptional antioxidant properties and help stimulate the production of white blood cells, which are essential for a robust immune response and for fighting off infections.

It plays a regulatory role in cellular mechanisms, signal transmission between various immune cells, and mediates with inflammatory intermediaries.

A cumulative result of various studies has also shown that vitamin E deficiency can hamper the regular functioning of your immune system.

In contrast, its supplementation has helped avoid that situation and boosted immunity responses in individuals.

So this is your cue to include nuts in your snacks, bread spreads, garnishing dishes, or perhaps your favorite ice cream toppings.

it’s time for another traditional herbal medicine ginger. ginger is a Southeast Asian-originated spice or continent that not only adds flavor to your food and makes it mouthwatering, but also has wide-ranging health benefits.

Its anti-inflammatory properties help treat nausea, sore throat, and mild colds. You can add it to your freshly brewed tea and savor its soothing nature.

The teeny tiny components called gingerols are the actual secret behind its warmth and comfort.

In ancient cultures, medical practitioners have repeatedly focused on discovering new herbs that boost your immunity.

And it’s no surprise that with its exceptional medicinal benefits, ginger would highhandedly live up to their expectations.

What makes it so unique?

Gingerols, sugar, and other structurally related substances such as parasols and Zenderone can be credited for their immunity-elevating roles.

Evidence suggests that those potent compounds can have amazing effects when fighting allergies, making them an effective ingredient to help prevent and deal with infectious diseases.

Studies have established its cancer-fighting potential because of its capability to scavenge free radicals and reduce oxidative stress, which often leads to DNA damage.

A life-threatening condition in which your blood pressure drops to dangerous levels after infection. A variety of vitamins and nutrients is key to proper nutrition.

You cannot count on only one of the foods mentioned above to explicitly boost your immunity.

However, including them, along with other nutrient-dense foods, will promote a strong and functional immune system. So pay attention to your meals, including more healthy choices.

Which superfood did you choose to include in your diet? Let us know in the comments below. 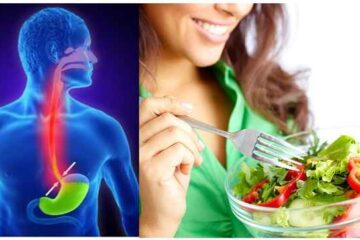