Followers of CrossFit training are not too “pro” food supplements because of the philosophy of this discipline imagined by its creator who only recommends eating well, varied and balanced.

However, CrossFit is a demanding discipline. When you ask a lot of your body, you have to give it the right fuel so functions optimally and recovers before the next session. 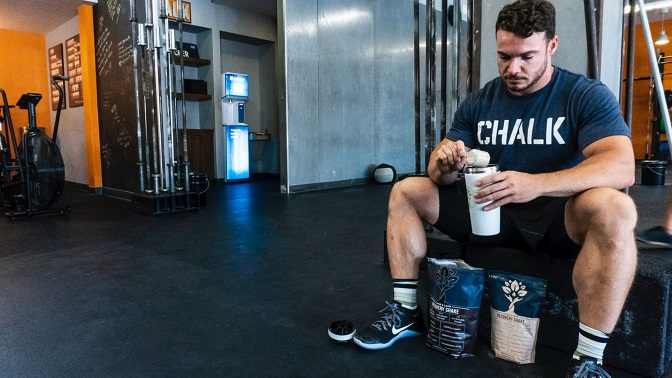 If your body is unresponsive or struggling to perform, the following tips on choosing the best CrossFit supplements can help.

Which dietary supplement for CrossFit?

We do not claim to know everything on the subject but nutrition and CrossFit seem to us to be inseparable.

In CrossFit nutrition, protein powder or amino acids are useless if the protein intake is already high enough. But even if you follow a high-protein diet, you might run out of it at key times.

Whey is a safe bet because, on its own, it will provide you with all the essential amino acids but also large amounts of BCAAs.

Casein also offers the full spectrum of amino acids and is usually taken in the evening.

BCAAs are not essential because there are already some in whey, but if you train on an empty stomach during your dry WOD, it makes sense to supplement with BCAAs.

BCAAs improve performance especially when glycogen stores are low. It is useful in case of a low carbohydrate day.

That will not be the case if you have your calorie quota in the form of proteins, carbohydrates, and fats. So BCAAs won’t have a backup energy role to spare your muscles.

It’s rare these days to have deficiencies, but if your body has just one tiny deficiency.

If all athletes took vitamins, they would perform better. Quite simply because vitamins (and minerals) are involved in almost all metabolic processes.

To take no risk, do not choose vitamins individually, you would only unbalance the intake to the detriment of others.

Prefer a multi-vitamin and mineral complex, in which your body will draw according to its needs, even if it means simply eliminating what it does not need at the moment.

A daily intake provides the basics and avoids overdoses, but this does not dispense with having a varied diet of fruits, vegetables, and foods of animal origin, because nothing replaces food.

The weight gainer is a provider of calories. A mix of proteins and carbohydrates allows recharging. It is useful after the session.

Again, this is not useful if your macronutrient ratio is well calculated and has no deficiencies.

It allows the hour following the training to fill up with carbohydrates and proteins, in and nomadic way. That is good nutrition advice after Crossfit.

In CrossFit, the pre-workout is a supplement that counts.

For a word that shakes, you better take it and feel the immediate effect. Caffeine is the main ingredient in pre-workouts. what will stimulate your performance and limit fatigue?

Like creatine, it has years of proof of its effectiveness behind it, and the effects of coffee are enough to prove it. The only thing is that you get used to it and its effect on performance wears off if you overuse it.
It even gives a boost to burning fat, which sometimes is not to be overlooked.

As it also limits the effects of fatigue, it is better to avoid taking it after 4 p.m., if you want to have a good sleep.

We love her or we hate her but she leaves no one indifferent. Creatine has always been talked about for good or bad.

She has a specific role to play. If in some cases it is useless, it is quite the opposite for CrossFit. But she doesn’t feel short-term, the effects are long-term.

The advantage of creatine monohydrate is that it has been used and studied for years. It is naturally present in meat, but it is impossible to consume large quantities of meat to get enough.

It is recommended for short and intense efforts. It is interesting in a regular intake of about 3g per day because it increases strength, power, and muscle mass.

Other ingredients are interesting, such as beta-alanine and citrulline, included in the NO pump for example. As for glutamine, it is useful for recovery.

This precursor of carnosine intervenes by allowing a greater synthesis to limit acidity and therefore improve performance, but again on short efforts (less than 10 minutes). We appreciate (or not) its effect of tingling or redness.

Citrulline is a precursor of NO, in other words, a vasodilator whose role is to increase blood flow which supplies the muscles and prevents fatigue, and would be useful in particular for increasing the volume of sessions and improving recovery capacities.

This non-essential amino acid can become essential in extreme conditions when the rate of protein degradation exceeds the rate of synthesis and although evidence of its effectiveness is not always clear, it greatly improves performance and recovery.

In addition to that, they give fishing, prevent inflammation and play on mood and motivation. Which, when you have done a big WOD, will help you recover from training and want to go back.

7. Joint protection for the heavy

Your joints, tendons, and ligaments are put to the test with WODs that make you lift, push and jump.

You must protect them, not only with protective bands but also with supplements that lubricate from the inside and regenerate the cartilage.

If you are young, you may not be aware of it but you may pay it later.

This list of CrossFit supplements includes some must-haves, as well as helpful supplement suggestions.

As with any sport, these are the supplements that athletes should take because their needs are simply not those of Mr. Everybody.

These recommendations are part of intensive sports sessions, and CrossFit is no exception to the rule. 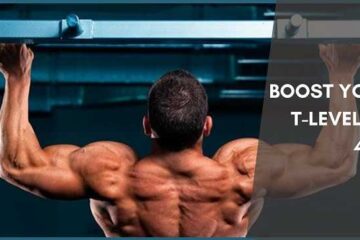