How Much Muscle Can Build Naturally with no steroid?

Natural steroids. The truth is actually that all of these guys at one or another have been accused of taking steroids.

Some of them are muscular, while others are not. So how exactly are you supposed to know what’s possible to achieve naturally?

Many times, if an athlete looks muscular or shredded, A large chunk of people will immediately assume that such a physique wouldn’t be attainable without performance-enhancing drugs.

Ironically, people that don’t work out themselves are some of the first to jump on the steroid accusation bandwagon.

They assume since they couldn’t do it naturally and no one else could do it either. However, the truth is that many variables influence how much muscle someone can build naturally.

The first variable that we have to touch on is, of course, genetics. No doubt favorable muscle-building genetics can go a very long way.

However, even though genetics do matter, most people also believe that what you do with your diet, workout plan, and sleeping schedule is extremely important.

And scientific research supports this belief. The evidence shows that both genetics and environmental factors contribute equally to muscle strength-related phenotypes and adaptations to exercise.
And since there’s a close link between strength and muscle mass, as shown by various studies. It means that genetics and environmental factors should have an equal impact on how much muscle you can build.

So the bottom line is that it is true that you can drastically improve whatever genetic hand in life.

But it’s also true that someone with amazing genetics can wind up building much more muscle even while putting in much less work than someone with bad muscle-building genetics.

We can see a perfect example of having a big genetic edge by looking at a current powerlifting record holder named Andy Bolton.

He said that he didn’t even start weight training until he was 18 years old, and on his first time he was able to squat £500 and deadlift £600.
So yes, it’s safe to say that genetics do matter.

Which genetic factors determine how much muscle you can build naturally?

Some people take a DNA or genetic test, but even a good genetic test is to look at around 20 of your genes.

That is a problem because the Human Genome Project has identified over 200 genes present in every human being.

So even if you look at one particular gene that might impact muscle growth, it’s still like looking at a single computer chip and trying to find out how the entire computer works based on that single chip.

That is why researchers advise against taking genetic tests seriously.
A 2016 review that looked at a bunch of studies on the topic had the researchers questioning if genetic tests could even predict athletic performance with any sort of accuracy. So you might be wondering,

Why are DNA tests so popular then?

The answer is simple they bring in a lot of money. Now, with all that said, A few factors directly influence muscle-building potential. the primary one is frame size.

For example- Referring back to our powerlifter, Andy Bolton, one thing that made him stronger without ever training than most lifters are, even after years of training, is that he has a good build.

That’s how he makes his well-built, powerlifting coach look tiny. Not only because he has more muscle, but also because his skeletal frame is massive.

So the thicker your frame, the more muscle you can typically build around it.

We can see this playing out in studies that show that most people with big bones and joints carry more muscle naturally than their slimmer-built piers.

Other evidence also shows that world-class bodybuilders, Olympic lifters, and powerlifters all have a large frame size, making it a good predictor of success in those sports.

How can you use frame size to determine your natural muscle-building potential?

Unfortunately, one downside is that the formula is pretty complex, especially if done with a pen and paper. But fortunately, there’s an easy-to-use calculator that I’ll link up in the description below.

However, keep in mind, even though this formula is the most accurate option we have at this moment, it’s not foolproof.

For example- The formula doesn’t take into account how well someone trains and eats. And I already mentioned that muscle growth is about 50% environmental, so this is a pretty important variable to leave out.

Another issue is that the formula doesn’t consider someone’s hormonal profile, which can significantly impact muscle growth.

it requires you to take a bunch of measurements. And measurements can easily be messed up if you take them at the wrong measuring sites.

So there are a couple of less complicated ways to estimate your natural muscle-building potential.

The problem is that the simpler methods also tend to be less accurate, but they can still give you a rough estimate of what you can expect, especially when combined with the formula I just went over.

One of these methods was developed by a well-known researcher and natural bodybuilder, Lyle McDonald. He made the table that you see on the screen now to show exactly what you can expect and all in all,

According to his model, you can gain around 37 to £46 of muscle during your first four years of lifting weights.

the last issue is that his model doesn’t factor in things like your age. If you’re in your 20s or early 30s, you can generally gain muscle faster than those who are older due to more favorable hormonal profiles for muscle growth.

So to more accurately predict how much muscle you can build naturally, not only should you use the two methods I just went over, but you should also be looking at three other things.

There are plenty of examples of all different people with different racial backgrounds successfully building a ton of muscle both naturally and unnaturally.

The main points that I mentioned before environmental factors make up 50% of your results when it comes to building muscle.
There’s no reason why you should limit yourself just because you think that you have bad genetics.

Ultimately, by working harder and by doing the right things in the kitchen and the gym, you can reach the top of your genetic potential just by staying consistent.

And even if you don’t have the biggest frame or the ability to squat £500 on your first try, it doesn’t change the fact that you owe it to yourself to get into the best shape that you possibly can for yourself.

Everyone can pack a lot of pounds of muscle naturally.

The two factors that are fully in your control are consistency and how well you structure your workout sessions and your diet.

I hope that you now have a better idea of what’s achievable naturally based on your particular situation. If you enjoyed the article.

since your workout and diet plan will highly determine how much muscle you can build and how great of a physique you can develop, you must be doing the right things to maximize your results.

So, if you want a done-for-you program that’s helping my clients naturally gain pound after pound of muscle without all the fat gain that’s typically associated with bulking then stay on my website. 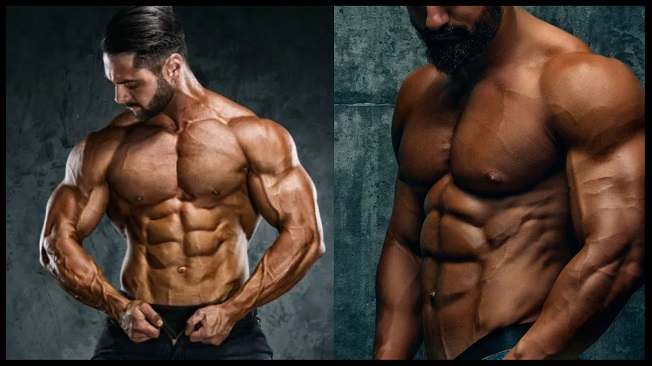 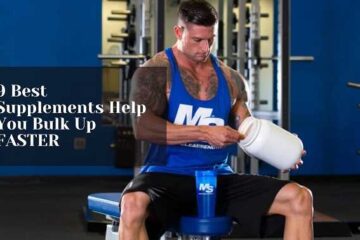 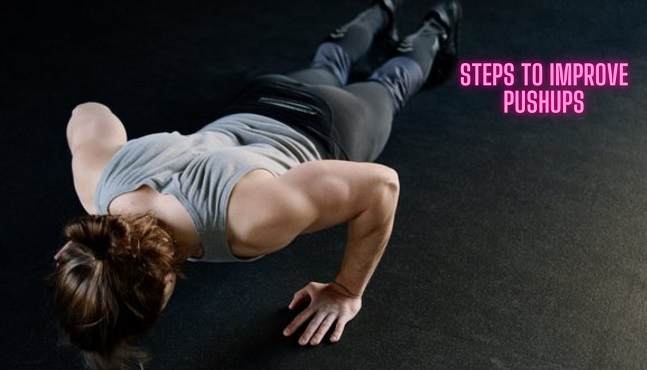